‘Who could have ever dreamt of this’ 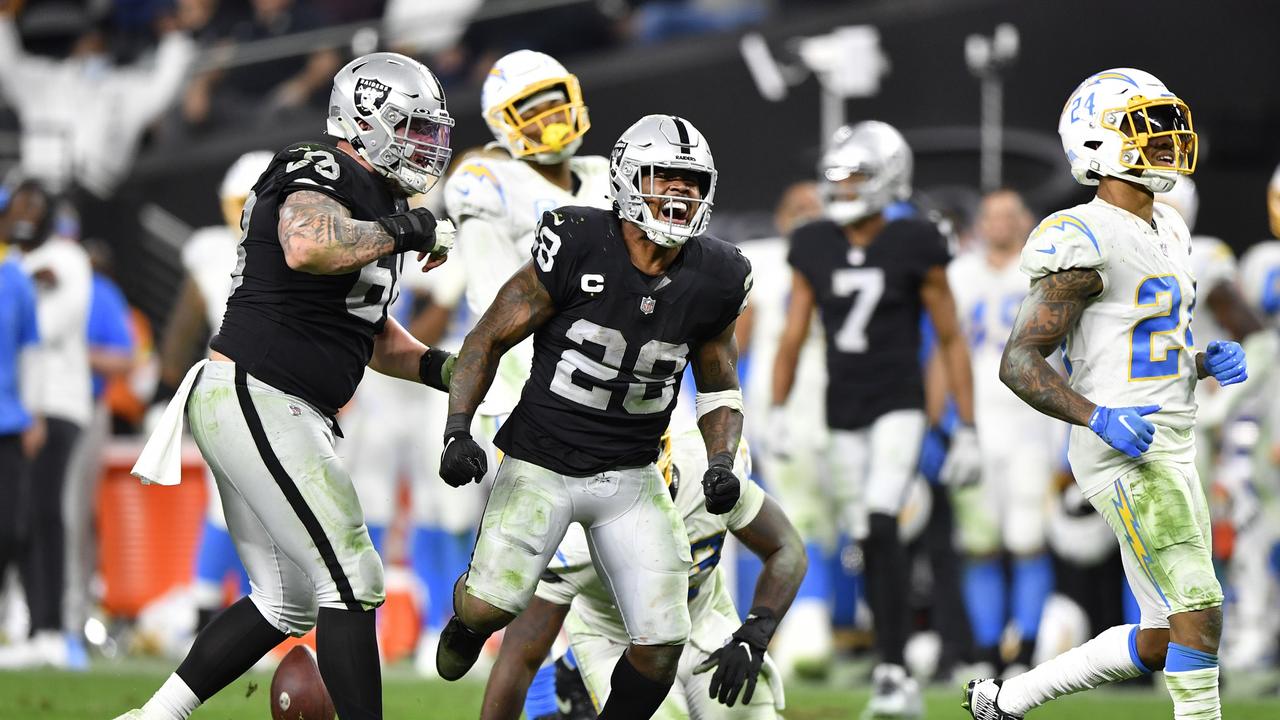 The NFL was left stunned when a coach’s gaffe meant his team lost to a rival in heartbreaking fashion and missed out on the playoffs.

The NFL regular season has ended in dramatic fashion after the Los Angeles Chargers seemingly threw away a spot in the playoffs in a nailbiting clash with the Las Vegas Raiders.

Chargers quarterback Justin Herbert played the game of his life, leading an astonishing late drive up the field and levelling the game at 29-29 with a last-second touchdown pass to Mike Williams.

Daniel Carlson booted his fourth field goal of the game to put the Raiders up 32-29 in overtime.

But the Chargers responded with a 41-yard field goal from Dustin Hopkins. From there a rare NFL tie result was possible — which would have seen both teams advance to the playoffs.

Watch Live NFL every Monday, Tuesday and Friday with ESPN on Kayo. 6 live games every week + every game of the Post-Season. New to Kayo? Start Your Free Trial >

With the score tied at 32-32 with 38 seconds left, Chargers coach Brandon Staley called a time-out that stopped the clock, in one of the more perplexing decisions you will see.

The Chargers were clearly going for the win and took the time-out to try and get the ball back instead of letting the Raiders kneel.

Fans were gobsmacked at the decision, since the Raiders had the ball and appeared to be content to run out the clock and take a knee, which would have ensured both teams qualified for the playoffs.

But with more time up their sleeve, the Raiders drove upfield and decided to go for the win with a field goal.

Daniel Carlson nailed the 47-yard attempt, giving Las Vegas a 35-32 victory and a ticket to the playoffs.

Not taking a knee and going for the field goal with no time left in the game was a brutal way for the Raiders to snuff out their AFC West division rivals’ playoff hopes.

Legendary NFL commentator Al Michaels was stunned, saying: “Who could have ever dreamt of this.”

Viewers couldn’t believe the Chargers took the costly time-out and questions would have to asked of coach Staley.

Football writer Stefan Buczko: “The FG was just savage. You could see their time-out-taking souls leave their bodies.

Sports anchor Matt Young: “That Chargers time-out is going to bother their fans for a looonnngggg time.”

The victory ensured the Raiders reached the post-season for the first time since 2016.

The result also means the Pittsburgh Steelers advanced to the playoffs, allowing veteran quarterback Ben Roethlisberger at least one more game before his likely retirement.

The Raiders went for the win and Carlson came through.

“We knew no matter what, we didn’t want to tie, we wanted to win the football game,” said Raiders quarterback Derek Carr, who completed 20 of 36 passes for 186 yards and two touchdowns.

“Obviously if you tie you’re in and all, you think all those things, but my mindset all day was to make sure we were the only team moving on after this.”