Mr Tokayev also told parliament he was appointing a long-serving career public servant Alikhan Smailov as prime minister and spoke of initiatives to narrow the wealth gap, raise taxes on the mining sector, and eliminate irregularities in state procurement. 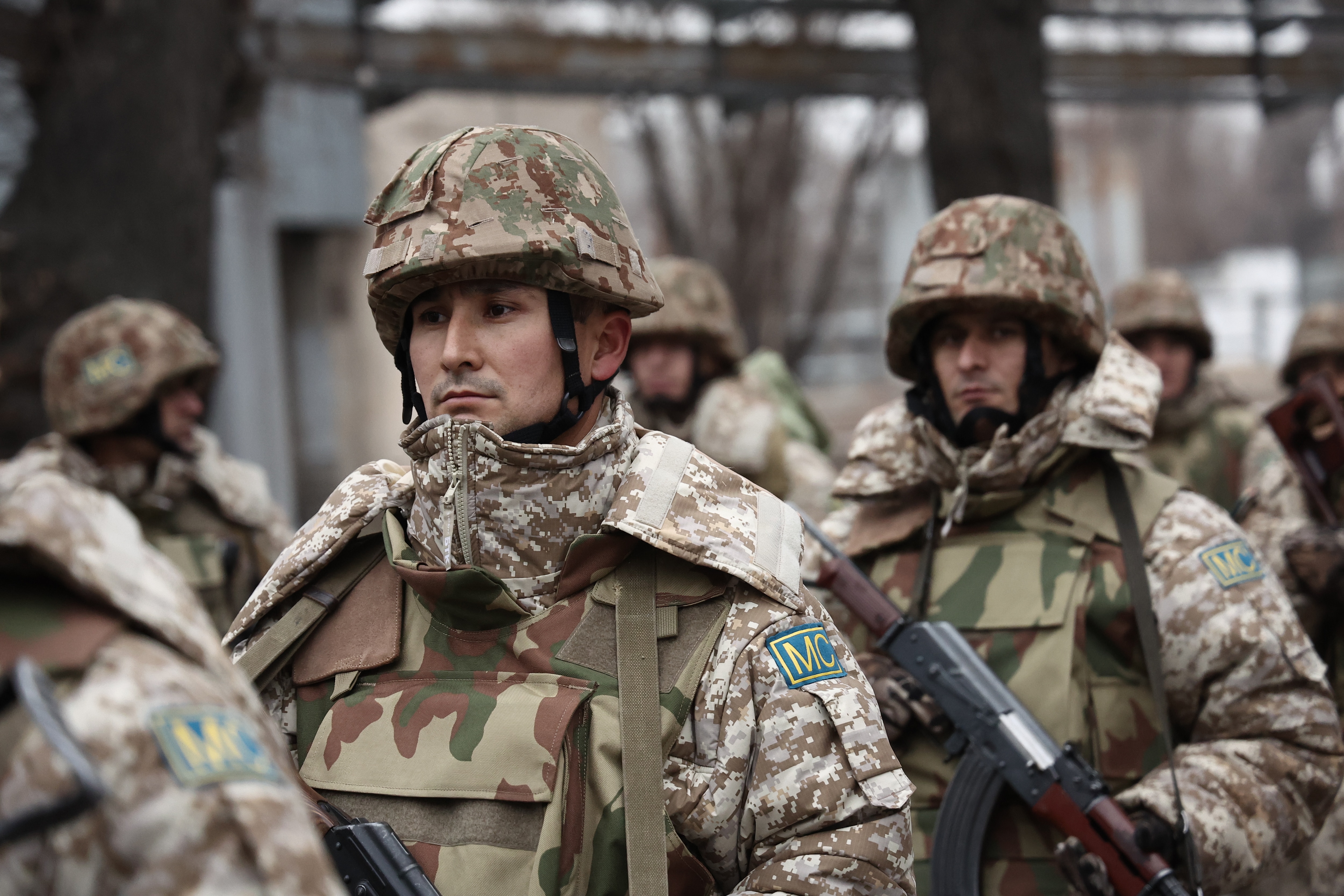 Russian President Vladimir Putin on Monday said the deployment had been crucial, claiming victory in defending Kazakhstan from what he described as a foreign-backed terrorist uprising.

Kazakh authorities say order has been largely restored in the nation of 19 million and that almost 10,000 people have been detained over the unrest with a hunt for others ongoing.

The authorities say that initially peaceful protests against car fuel price increases were hijacked by groups aiming to overthrow the government.

Some Central Asia analysts have suggested that intra-clan infighting among the country’s wealthy elite may have played a major role in what was the deadliest violence in the ex-Soviet republic’s 30 years of independence from Moscow. 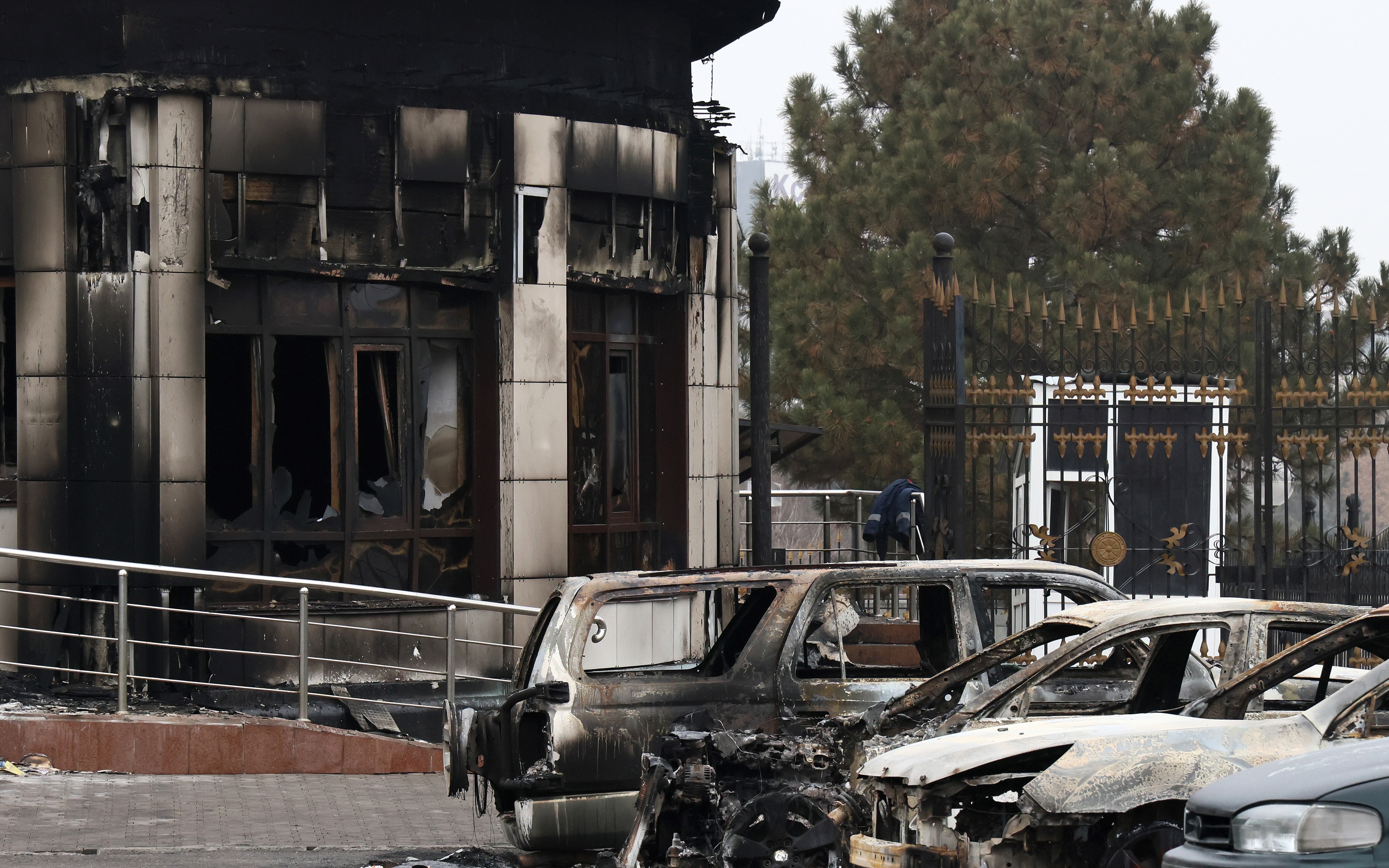 As protesters torched buildings in the biggest city Almaty, Mr Tokayev said former leader Nursultan Nazarbayev was leaving his post as head of the powerful Security Council – a role in which Mr Nazarbayev, 81, had continued to pull the strings despite handing over the presidency in 2019.

CSTO troops were also first deployed to the capital, Nur-Sultan, prompting speculation that their mission was to protect the government and Mr Tokayev himself at a time when he could not fully trust his own security forces.

Mr Tokayev sacked Karim Masimov, then head of the powerful National Security Committee (NSC), on 5 January, and Mr Masimov was then detained on suspicion of treason. Speaking to parliament on Tuesday, Mr Tokayev said the NSC had not only missed the looming threat, but had also failed to act properly during the unrest.

“In some cities, heads of National Security Committee departments, despite having sufficient combat arsenals, abandoned (their buildings) and left behind firearms and classified documents,” he said.

Mr Tokayev did not name any new suspects in the unrest, but said the background for protests had been created by the state’s failure to fight poverty and ensure fair income distribution. A rise in fuel prices sparked protests in the towns of Zhanaozen and Aktau in western Kazakhstan and spread rapidly across the country. Source: Valery Sharifulin/TASS/Sipa USA

He hinted he wanted associates of his predecessor and former patron Nursultan Nazarbayev, who ran Kazakhstan for almost three decades before resigning in 2019, to share their wealth with the public by making regular donations to a new charity foundation.

“Thanks to the first President … a group of very profitable companies emerged in the country as well as a group of people wealthy even by international standards,” said Mr Tokayev.

“I think it is time they pay their dues to the people of Kazakhstan and help them on a systemic and regular basis.”

Mr Nazarbayev – who in 2019 ensured Mr Tokayev would succeed him as president – wielded sweeping power even after resigning by keeping the position of the chairman of the security council – which Mr Tokayev took over last week.