Report: Minister ‘will boot out’ Djokovic 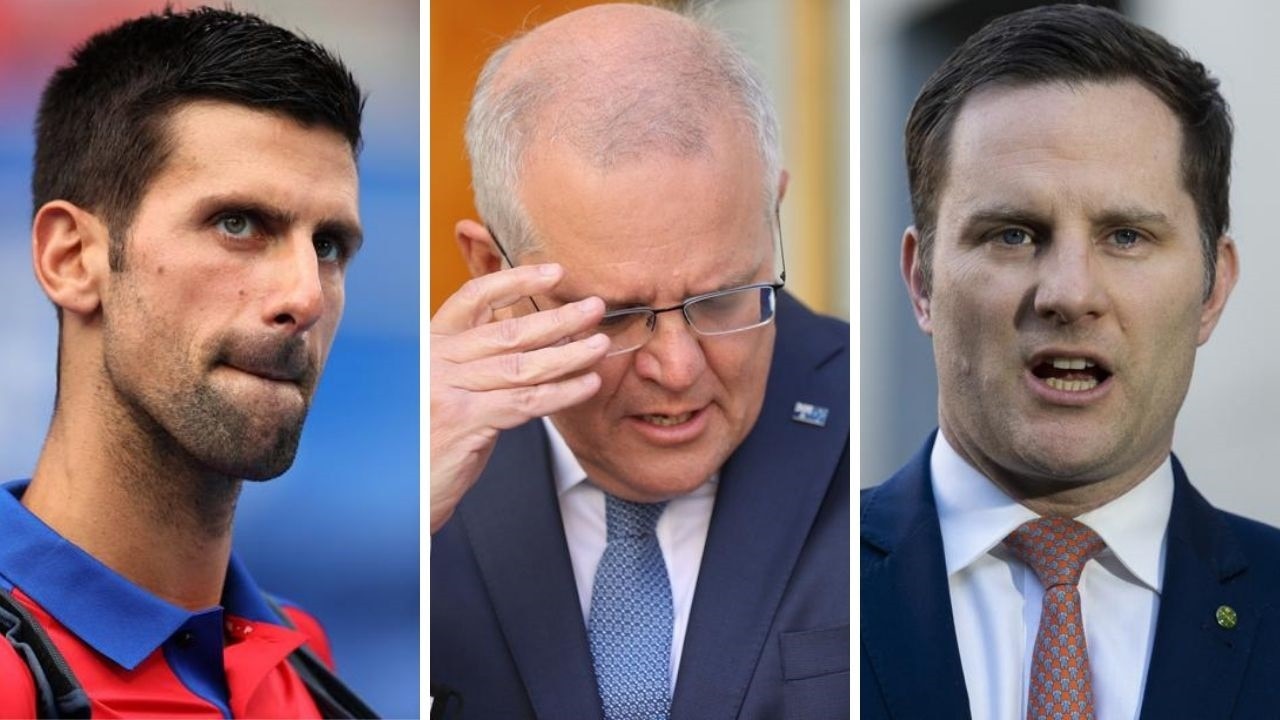 Immigration Minister Alex Hawke has a huge call to make about whether to kick Novak Djokovic out of Australia or let him stay.

All eyes are on Federal Immigration Minister Alex Hawke as he weighs up whether to kick Novak Djokovic out of Australia.

The decision to cancel Djokovic’s visa last week was overturned in the Federal Circuit Court on Monday but the Minister still has the final say on whether the tennis star is allowed to stay in the country.

After Judge Anthony Kelly handed down his verdict the federal government said it was still considering cancelling Djokovic’s visa, saying it had the power to do so despite the court’s ruling.

Government lawyer Christopher Tran had flagged with the court the Immigration Minister could consider whether to exercise “the personal power of cancellation” — which could mean Djokovic would be unable to return to Australia for three years.

‘Alex Hawke will boot out’ Djokovic

“I am hearing @AlexHawkeMP will boot out the Joker tomorrow,” Bongiorno tweeted on Wednesday night.

Djokovic released a statement on Instagram on Wednesday, admitting he knowingly attended an interview and photo-shoot with French newspaper L’Equipe while Covid-positive. His reasoning for going ahead with the 33-minute engagement was because he “didn’t want to let the journalist down”, calling it an “error of judgment”.

“I accept that I should have rescheduled this commitment,” he wrote.

Djokovic also admitted to incorrectly filling out his Australian Travel Declaration form when he ticked a box saying he had not travelled in the 14 days before flying to Australia, despite proof he had gone from Serbia to Spain in the two weeks before departing for Melbourne.

However, the world No. 1 said his agent filled the form out for him. “This was a human error and certainly not deliberate,” Djokovic said.

Djokovic’s exemption was based on his and Tennis Australia’s belief that having contracted Covid-19 in the past six months was a valid reason to not be vaccinated.

Appearing on Sunrise on Thursday, Djokovic’s mother Dijana addressed her son’s unwillingness to be vaccinated.

“He has his own philosophy of his life. If he thinks like that, I can just say OK.

“I know that Novak is the most healthiest guy in the world, like a sportsman. He takes care of his life and his body so much that nobody can even imagine how. He’s so dedicated to this sport and dedicated to what he’s doing. He’s playing tennis and he wants to stay on the court and I know he is doing everything to take care of his body to stay healthy.

“I don’t know what is the problem if he doesn’t want to get vaccinated. That’s his choice and each person in this world has the opportunity to make a choice. This is like human rights. You cannot pursue him or pressure him to do this.”

Djokovic’s family thanked fans for their support and defended his right to be in Australia when they fronted reporters at a press conference in Belgrade earlier this week.

“Thank you to people all over the world, people have risen in defence of Novak, we have seen the footage in front of the detention centre,” his brother Djordje said.