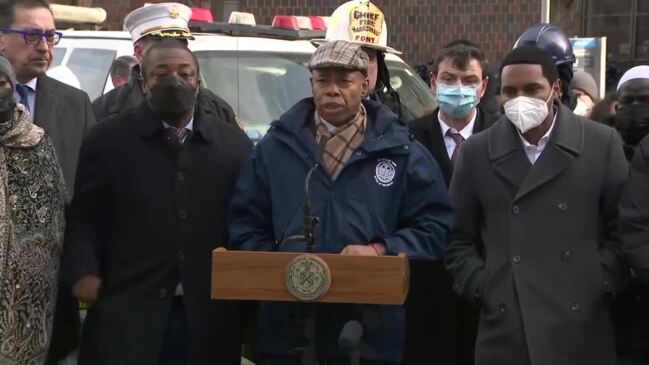 New York City Mayor Eric Adams delivered remarks on Monday, January 10, outside a Bronx apartment building where a deadly fire claimed the lives of at least 17 people, including eight children, on Sunday. In the update, Adams called it a “global tragedy” and said the Bronx neighborhood was “representative of the ethnicities and cultures across the globe.” A malfunctioning space heater was the suspected cause of the fire, the New York Fire Department (FDNY) said on Monday. Adams also said on Twitter that families affected would get “all the support they need, and I know all New Yorkers will be there for them too. It’s what we do.” Credit: New York City Mayor’s Office via Storyful