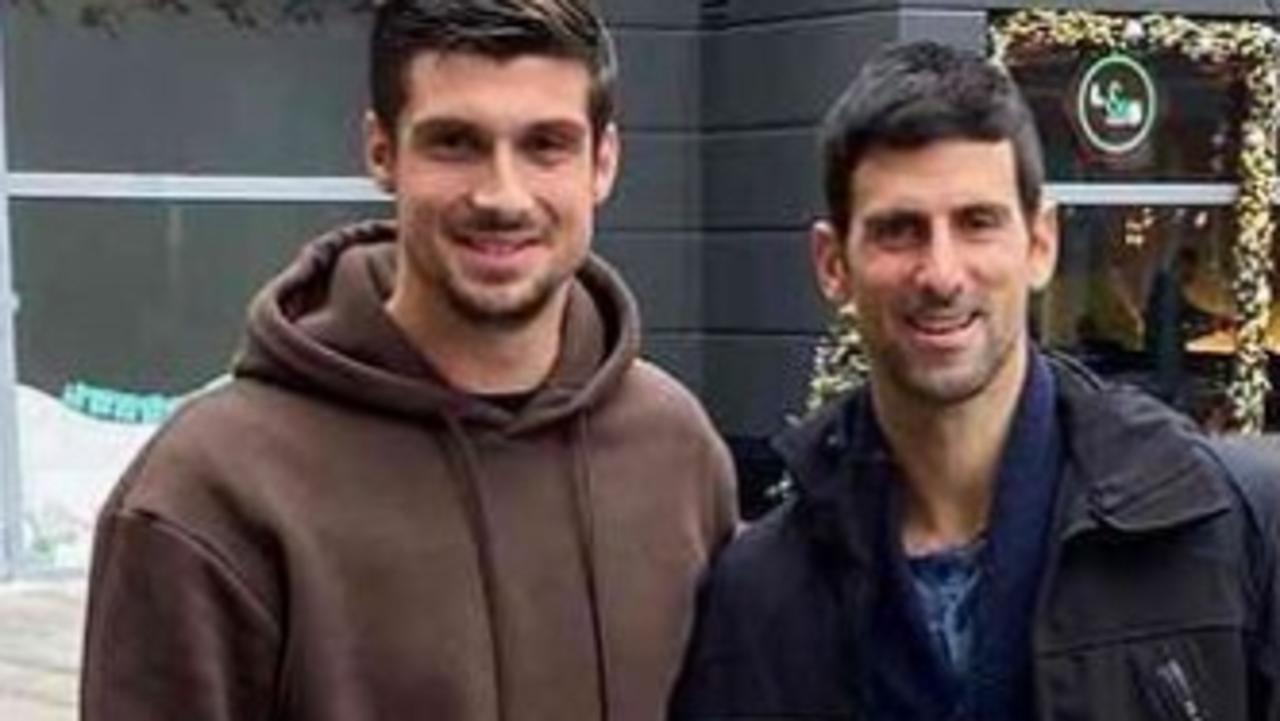 An Aussie lawyer has weighed in on the Djokovic saga, claiming the star had gifted the government a “free kick” when it came to cancelling his visa.

There has been a new twist in the Novak Djokovic saga, amid allegations he lied on his visa application when he claimed not to have travelled for two weeks prior to arriving in Australia.

However, footage has since emerged of him playing tennis in Belgrade in Serbia on Christmas Day and training in Spain on December 31, with both dates falling within that 14-day window.

Media and litigation lawyer at Thomson Gear Lawyers, Justin Quill, told Sunrise on Wednesday morning the revelations gave the federal government yet “another ground on which they can decide to cancel his visa”.

“They can forget about the vaccination status, Covid, forget all the stuff that the lawyers have been arguing about (for) five or six days which appears to be a little bit confusing, and decide on this simple thing,” he said.

“The form’s just not right.

“In doing that, he has given the Federal Government a free kick.”

But he said cancelling his visa was a “tough decision” for the government, both for political and legal reasons.

“On Monday, the judge said very clearly at the end of the hearing, if you decide to cancel his visa again, then you should come back to me. He gave a pretty big hint that if that happened, he would grant a temporary injunction,” Mr Quill continued.

“I think the government are thinking if they try to make that decision and cancel the visa again, he’s going to get a temporary injunction, play at Melbourne Park and compete in the Australian Open, another embarrassing loss for us, then they have a political decision about the form and that looks vindictive if they do that. That is a political call for them to make.

“I think I will leave it up to the political commentators as to whether or not the government are going to choose that.”

But he added that he believed the whole saga was “all about politics at the moment”, given the federal election was looming.

“I said on Sunrise on Monday that I was very confident Djokovic would win. As the case went on, more confident,” he said.

“I took the judge’s temperature and I could see that he was white hot for Novak Djokovic.

“The federal government’s lawyers saw that and that is why they decided to capitulate, but do it on their terms and limit the terms to adjust the process.

“If they hadn’t done that, the judge was likely to find against them on the other grounds and that would have tied their hands in making another decision to cancel his visa going forward.”

Mr Quill said it was “really about keeping options open and their ability to use a different process but make the same decision”.

“I wasn’t surprised at all.”

Meanwhile, former deputy chief medical officer Dr Nick Coatsworth told the program that if Djokovic had previously contracted Covid as claimed, he would likely “be safe himself” due to his body’s immunity.

“I think if you have had Covid recently, you have got a lot of immunity from that infection, so he will obviously be safe himself,” he said.

“You can get another strain, probably not as quickly after an infection as that, but then the overall question … is is this policy the right one for Australia at the moment to ensure people are vaccinated coming into the country? And I think it is.”

Dr Coatsworth said that by February or March, the nation was going to have to “rethink” some policies relating to the pandemic.