It’s going to take a miracle for Jed Morgan not to be crowned Australian PGA champion a Royal Queensland on Sunday.

A RELENTLESS Jed Morgan has a stranglehold on the Joe Kirkwood Cup, with the Queenslander holding a massive nine-shot lead heading into Sunday’s final round of the Australian PGA.

Having started Saturday’s third-round with a six-stroke advantage over nearest rival Andrew Dodt, the 22-year-old whose grandparents owned a golf course, produced another superb effort, shooting six-under 65 to move to 20-under par at his home course of Royal Queensland.

Dodt remains his closest challenger after a 68 moved him to 11-under for the tournament.

David Micheluzzi is a further shot back after a round of five-under 66 that included five straight birdies on the back nine.

However, it’s going to need a miracle for anyone to catch Morgan, who is mentored by former Australian cricket captain Ricky Ponting and Australian baseball legend Graeme Lloyd after being awarded an Sport Australia Hall of Fame Scholarship.

“It was an awesome day again … but there’s still one more round to go so I’ll try my best just to do the same as I did today,” Morgan said.

“Three rounds done, one more to go and the job will be finished.”

Morgan also paid tribute to the his home crowd, who lifted him in hot conditions that left him feeling off-colour at times.

“I was getting a bit queasy and the crowd just helped me get through that, which is nice,” he said.

Dodt, who birdied the 18th hole to ensure he would again be in the final group with Morgan, knew he faced a tough task to even get close to Morgan on Sunday.

“Nine shots, that’s a lot on him home course in front of his home fans,” Dodt said.

“It’s going to take a low round and potentially a not-so-good round on his behalf, but he’s full of confidence, he’s playing well, he’s holing putts … it’s going to be tough.”

Also at six-under is veteran and another pre-tournament favourite in Brad Kennedy, who shot a four-under 67 on Saturday.

“I gave myself a of chances today which I was really happy with.

“I started to feel like I had some control on the ball. I just let a couple slip.

“I had a few chances coming in that were wedge distances and I didn’t manage to do that.

“It’s a little but out there but it’s not far away which is exciting, but at the same time when you’re chasing down someone that’s (14) ahead and you leave a few out there, it’s still frustrating.

“But (Sunday’s) another day. The pressure’s going to be on everyone in the front and I’m just going to get out there.

“I’m getting more and more comfortable with how I need to approach the golf course, and starting to understand what it can give me and what it can’t.” 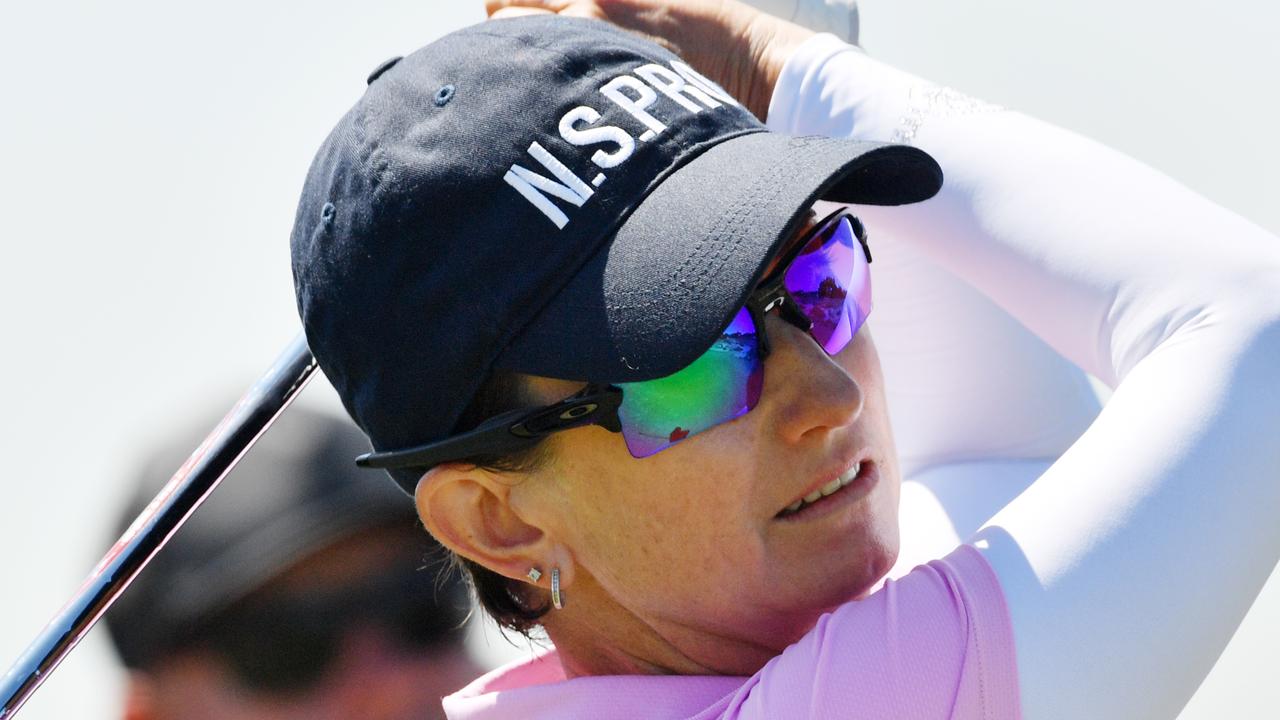 Golf great Karrie Webb is returning to the LPGA tour later this month. Su Oh has questioned why the leaders of the Australian WPGA aren’t being paired together in the final two rounds of the tournament.