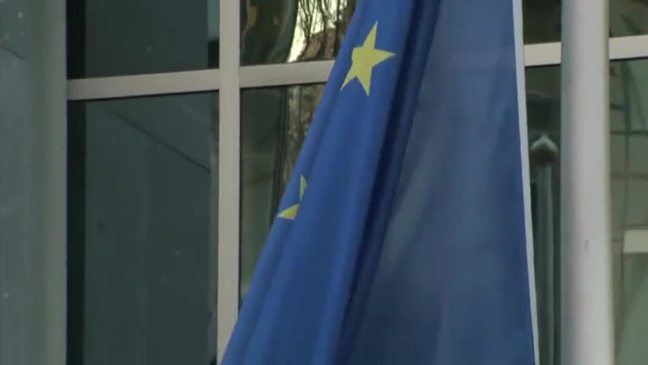 European Union flags were lowered to half staff in Brussels and Strasbourg on Tuesday, January 11, in tribute to David Sassoli, the European Parliament president who died earlier that day. Sassoli had been in hospital in Italy since December 26 because of “a serious complication due to a disfunction of the immune system,” according to his spokesman, Roberto Cuillo. Cuillo said Sassoli died at 1:15 am on Tuesday in Aviano, Italy. Credit: European Parliament via Storyful